Adelboden – the sunny terrace in the Bernese Oberland

The valley of Adelboden is amongst the most beautiful alpine landscapes in Switzerland. The years have been kind to the spa town, now over 100 years old, leaving intact natural landscapes and a traditional village image. Adelboden is located on a sunny level area at 1,400 metres at the foot of the Wildstrubel in the western Bernese Oberland. Facing south, the town in the Engstligental enjoys large amounts of sunshine (more than 12 hours per day in the Summer).

The valley of Adelboden is amongst the most beautiful alpine landscapes in Switzerland. The years have been kind to the spa town, now over 100 years old, leaving intact natural landscapes and a traditional village image.

The alp, which resembles a massive arena, attracts people in both summer and winter. Splashing water, bizarre stone formations, rich carpets of flowers and massive mountains draw in climbers, athletes and strollers. Each year in June the spectacular "Alpaufzug" (the ascent of the livestock to the alpine plateau) heralds the arrival of summer. The Engstligenalp is the starting point of many hikes (we are happy to provide more information) and is a favourite location for folkloristic events. Since 1948 the two waterfalls have been protected by conservation orders. In 1996 the Engstligenalp was entered onto the "Federal Register of Cultural Landscapes of National Importance". The Bernese author and mystic Pier Hänni declared that the Engstligenalp was a place of power in his book "Magical Bernese Oberland". Botanically as well, the high plateau and its very diverse flora is an experience.

The English named the Bütschital "Silent Valley". It is true that such a quiet and romantic valley is rare indeed. As it is a rock fall area, boulders of all shapes and sizes abound. The Bütschital is also often called an alp, meaning that there are cows, goats and sheep, and of course also sennen, typically alpine herders, and their huts, large and small, stately or half in ruins. And then there is the valley itself, subdivided and truncated. The Bütschi is a wetland with two small lakes, although they are dry during the summer. The most amazing aspect is the large variety of flowers. Some boulders are covered in a green coat of grass in which bloom gentians, spring pasque flowers, primulas, cylamens and rare Primula auriculas. The valley finally ends at a steep rock wall over which pours the imposing Bütschi Falls.

A tamed wilderness: the Cholerenschlucht. Stairs and bridges along its entire length make the rock chasm, with its splashing waterfalls, easily accessible. Watermills and water-smoothed boulders can also be admired. The trip to the Cholerenschlucht is best combined with a visit of the Pochtenkessel, where the Engstlige and Otterebach meet in a deep stone funnel. 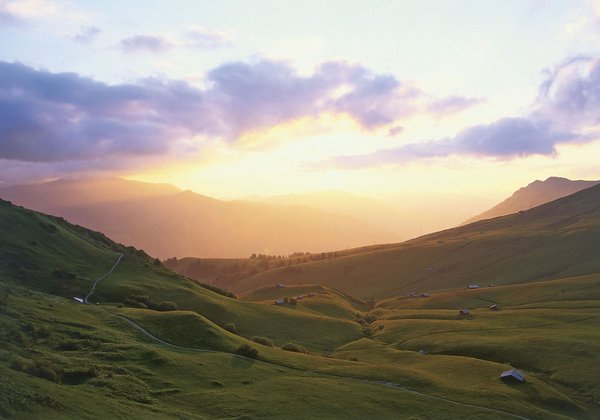 The museum of local history documents the eventful 600 year history of the village. One particular sight worth seeing – the Adelboden village church.

The Reformed Church of Adelboden, dating from the 15th century, is also worth a visit. Particularly picturesque are the frescoes in the entryway and the church windows, which were created by Augusto Giacometti. The village church of Adelboden has only experienced minor changes since its construction in 1433 and classical music concerts are regularly organised inside.

The Adelboden Museum of Local History, opened in 1983, offers a varied exhibition of the traditions and life of the Engstligental. Visitors will find a remarkable collection of historically important objects from the region as well as sports equipment, clothing and minerals and information about the history of Adelboden. The museum also addresses current topics such as the avalanche winter of 1999. Open each Wednesday from 2:00 pm to 5:00 pm. Landstrasse (across from Kino Rex in the former English Church).

The folkloric evenings organised during the summer months from June to August offer a living picture of the culture and traditions of the valley, including all aspects from yodelling to schwingen (traditional Swiss wrestling) and folk dancing.

The Trummer family has mastered the skills of wood carving since 1945 and passes it on from generation to generation. Melchior Trummer now represents the third generation at work. During a visit to the workshop you can peer over the carvers' shoulders and of course also purchase a souvenir. The workshop is in the Blatti (Blattiweg 11), very close to the Cholerenschlucht. It is accessible by 1 hour walk or by car. 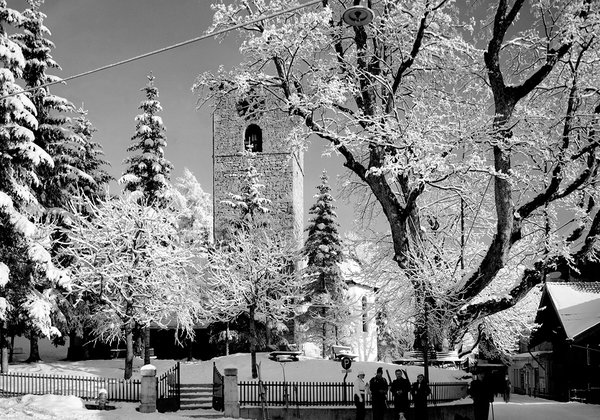